Back in October we ran a house competition asking students to design a medal that could be given to a member of the Armed Forces. They were required to design the front of the medal and write a letter to their friend or family member about this award.

Red, White & Blue Day is an annual fundraising event for schools, that encourage students to come to school in either cadet clothing or dress in red, white and blue.  Students donate just £1 towards the work of the three national charities of our Armed Forces.  At Thomas Adams, the Red, White & Blue Day took place on Friday 4 October 2019.

Although individuals don’t join the Armed Forces to be rewarded many who signed up for Service during the First and Second World Wars felt a sense of patriotic duty. Today it is often the challenges that accompany Service that the pride instilled within is so hard won and held in such high regard.

Design and/or make your own medal that would be given to a member of the British Armed Forces to commemorate their actions or Service during D-Day.

Write a letter to a friend or family member telling them of this award.

There are lots of fantastic ways to make your own medals!

Gift voucher to the value of £30 for each age category

Gift voucher to the value of £10 for each age category

There are three age categories for the competition:

Thank you to everyone for sending in your brilliant entries to the competition.  Six of the best designs in each category were sent to judges for marking.  Details of the judges can be found below.

The winners have now been announced as follows:

Rachel Lokier in Year 9 Haughmond house won the competition for her age range and has received a certificate and a £30 high street shopping voucher.

Lucy Slark also of Year 9 Haughmond house got recognised as a runner up and has received a certificate and a £10 high street voucher. 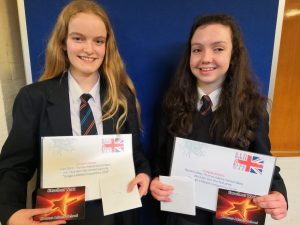 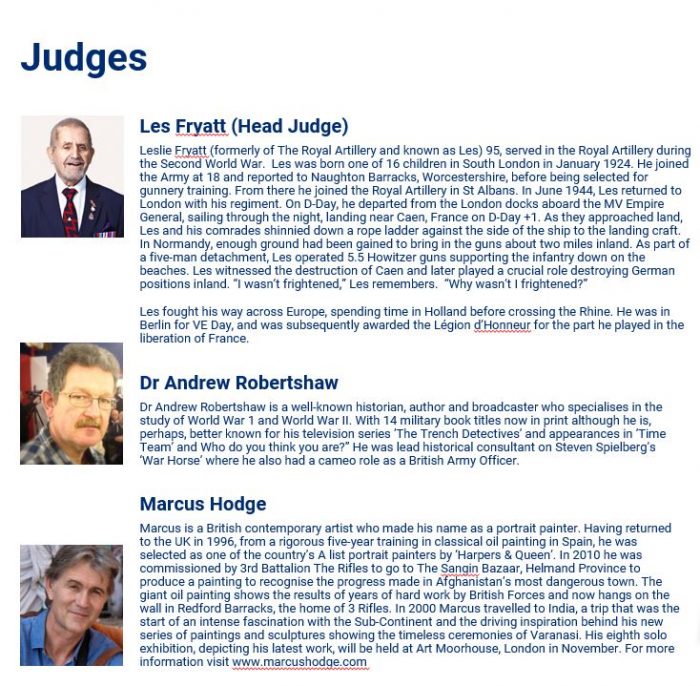