Last week, we welcomed the current Master of the Drapers’, David Chalk, to Thomas Adams School. Read his Biography here.

The school was founded by Sir Thomas Adams, Master of the Drapers in 1640. For nearly 60 years, the Drapers have supported the school, both financially and by standing as governors.

The Drapers were keen to see the school in operation and saw students baking muffins in food technology, sewing beads in textiles and students making wind turbines in science. Year 7 music students gave a fantastic performance of “We Will Rock You” on the trombones and trumpets. The majority only having had 6 weeks of lessons!

The next stop was to the sixth form to meet budding business students with their enterprise ideas.

Finally, the Drapers visited Adams House boarding accommodation before departing for RAF Shawbury in the afternoon.

The visit was a huge success and we look forward to welcoming the Drapers for many years to come.

Further information regarding The Drapers can be found on their website https://thedrapers.co.uk/ 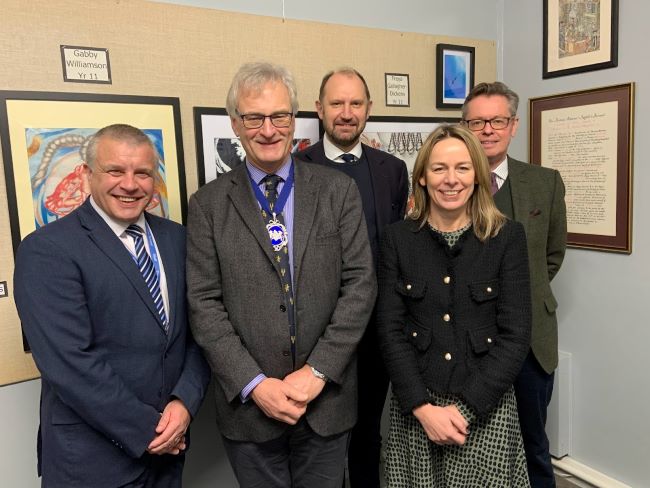 ‘We Will Rock You’ rendition 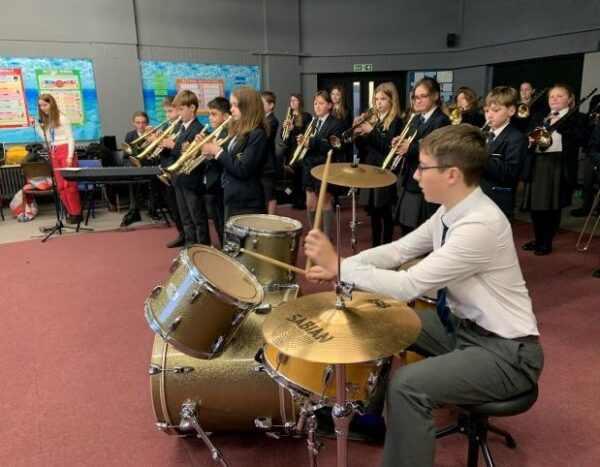