On Saturday were the pony club winter/spring triathlon national championships.  William Beckinsale competed against 47 qualifying boys in his age group from across the U.K. in a run, shoot and swim triathlon.  William got a PB in his run at 3m46s knocking a whopping 1m off his qualifying time!  He then shot a PB of 920 (out of 1000) which was 180 points more than his qualifying score.  Then he swam 105m, an improvement of 9m on his qualifying swim.  William set out to finish in the top half of his class, he finished 9th!!!

We hosted the Year 6 Primary Basketball competition here on Thursday. 6 primary feeder schools attended, and 4 of our Year 10 leaders helped umpire games. The event was very successful, and all students had fun.

Mrs Cempster and the PE Team 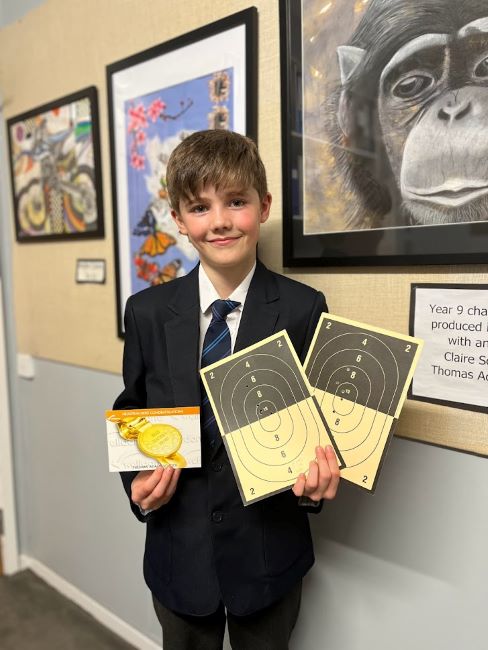