On Thursday 12th December, 6 x Year 13 Business Studies students participated in a ‘Drapers’ Den’ competition.  The competition took place at Draper’s Hall in London and involved 3 other Draper sponsored schools.  The teams had to develop a new business idea and pitch to a panel of investors.  It’s a Dragon’s Den style competition and is aptly named, ‘Drapers’ Den’.

The Thomas Adams team called themselves ‘Ecoverse’.  The team developed an app and web extension that would compare a user’s basket of goods.  The app would suggest more eco-friendly alternatives.  If the user accepted the alternatives, they could earn ‘e-coins’ which could be saved/earned.  The e-coins can then be used towards future purchases.

The team included Charlie Ravlen, Bradley Keyland, Nathan Broster, Hayden Williams, Lucas Charrier and Hugo Burden.  All 6 students presented in front of close to 100 audience members.  They presented for 15 minutes and then answered questions from the panel of judges and the rest of the audience.  The presentation was interactive and got the audience up on their feet!

The Thomas Adams team did remarkably well and were able to answer some rather tough questions from the audience.  The team was able to go through their marketing, ideas for expansion and detailed financials.

The Thomas Adams team came 2nd out of four teams. 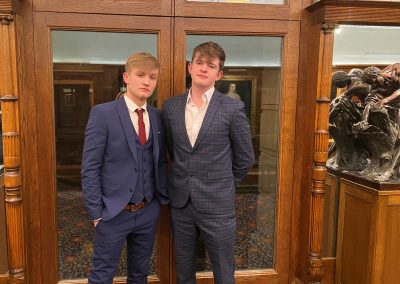 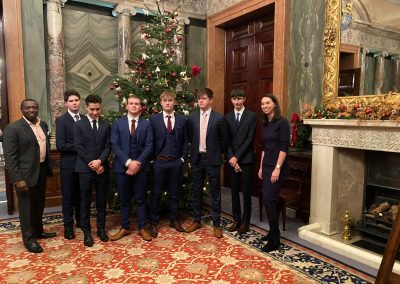 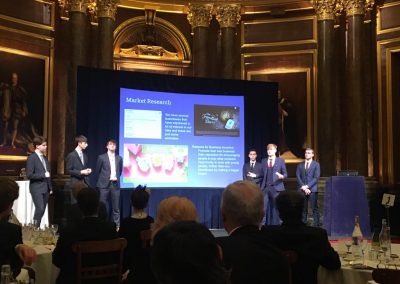