The service, led by The Rev. Henry Eatock-Taylor, gave thanks to The Worshipful Company of Drapers including its origins amongst the early guilds of this City in the trading of cloth and woollen goods. Thanks were also given too for its charitable work in education as well as other place in England and Wales.

After the service, we were invited to attend a Buffet lunch at Drapers’ Hall. Students and staff had the opportunity to chat with a number of Drapers, including Mr David Chalk, the Master Draper.

They also had the chance to talk with students from other schools that have affiliation with the Drapers’ Company. This is particularly useful to compare and contrast the different types of educational settings available and the opportunities they are offered. Our students spent some quality time talking to students from the Drapers Academy, London.

Students were also given a brief tour of Drapers Hall, enjoying the chance to visit the gardens and the fabulous Main Hall. 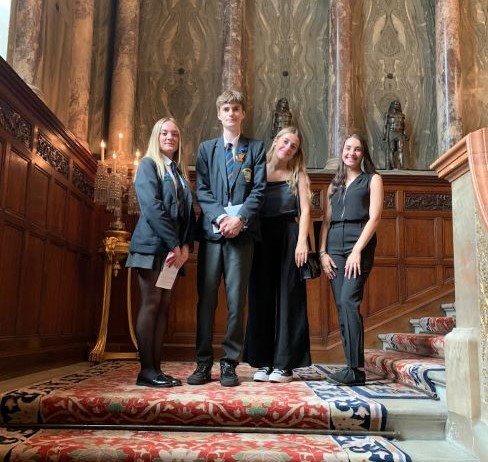