The event was part of the Mountbatten Festival of Music, an annual event performed by the Massed Bands of Her Majesty’s Royal Marines.  The festival features a variety of music of all genres, not just military music.  On the Saturday evening, the final performance is attended by the Captain General of the Royal Marines.  This year, this is Prince Harry, along with his wife Meghan.

Hannah is not exclusively a singer in the Royal Marines band.  Her main role is as a percussionist.  In the marching band, this would involve either bass drum, tenor drum or cymbals, but not the snare drums at the front of the band.  These are played by the Corps of Drums who also play bugles.  For indoor performances, Hannah plays a variety of instruments including drum kit, timpani, tuned percussion and hand held percussion.

Finally, all that’s left to say is what a fantastic achievement.  Congratulations from everyone at Thomas Adams! 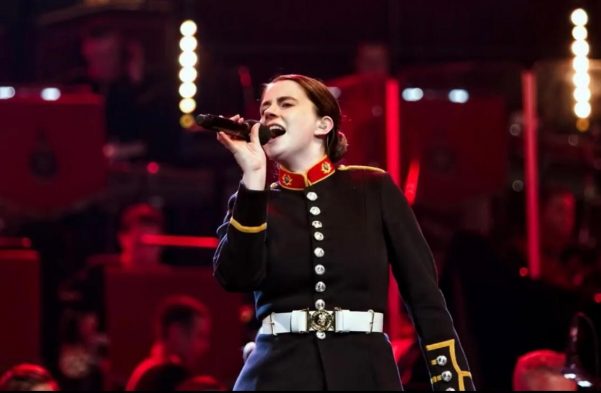